Ēkwabet, by sculptor Guy J. Bellaver, is a public art project organized by a group of community residents who wanted to replace a sculpture of a Potawatomi Indian that had been sited in Pottawatomie Park in 1912 but repeatedly vandalized until it was finally removed from the park in 1976, with only the head remaining.

The project was the vision of Bill Berg, a life long resident of St. Charles.  He met sculptor Guy J. Bellaver, who was attending his first Rotary meeting after having just moved to St. Charles with his family – and the rest, as they say, is history.

The sculpture was sited and dedicated in May, 1988 and named Ēkwabet by the Potawatomi Nation in a 1989 Naming Ceremony.  Ēkwabet means “Watching Over”, and was given that name by Billy Daniels of the Forest County Potawatomi Tribe. 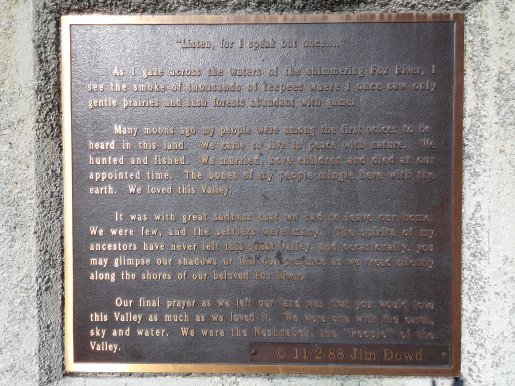 “Listen For I Speak But Once…” by James Dowd 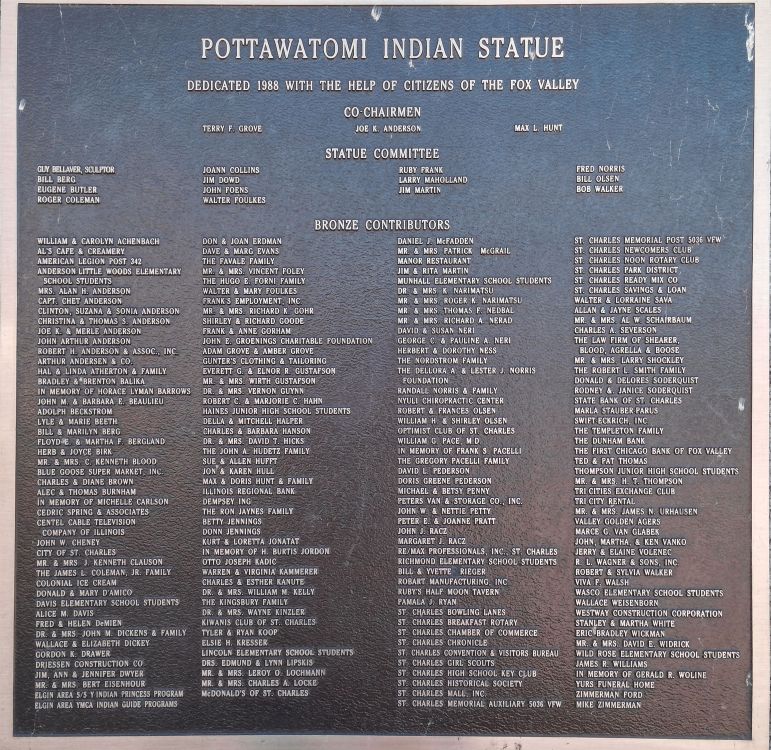 Donors to the Sculpture Project

Transcript of “Listen For I Speak But Once…

At the time that the project was going on – from fundraising to siting to celebrating – the State of Illinois (a service of the Illinois State Library and the Secretary of State’s office) maintained a digital archive of print news.  The Ēkwabet project received extensive media coverage, so this archive includes tons of interesting information about the sculpture and the Potawatomi.  If you’re interested in digging deeper into the project’s history, this is a great “one stop shop” for information.  Visit the Illinois Digital Archives and read on!

Courtesy of the Artist 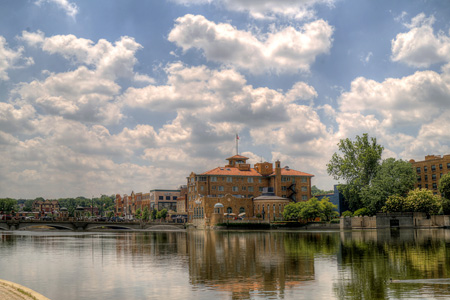